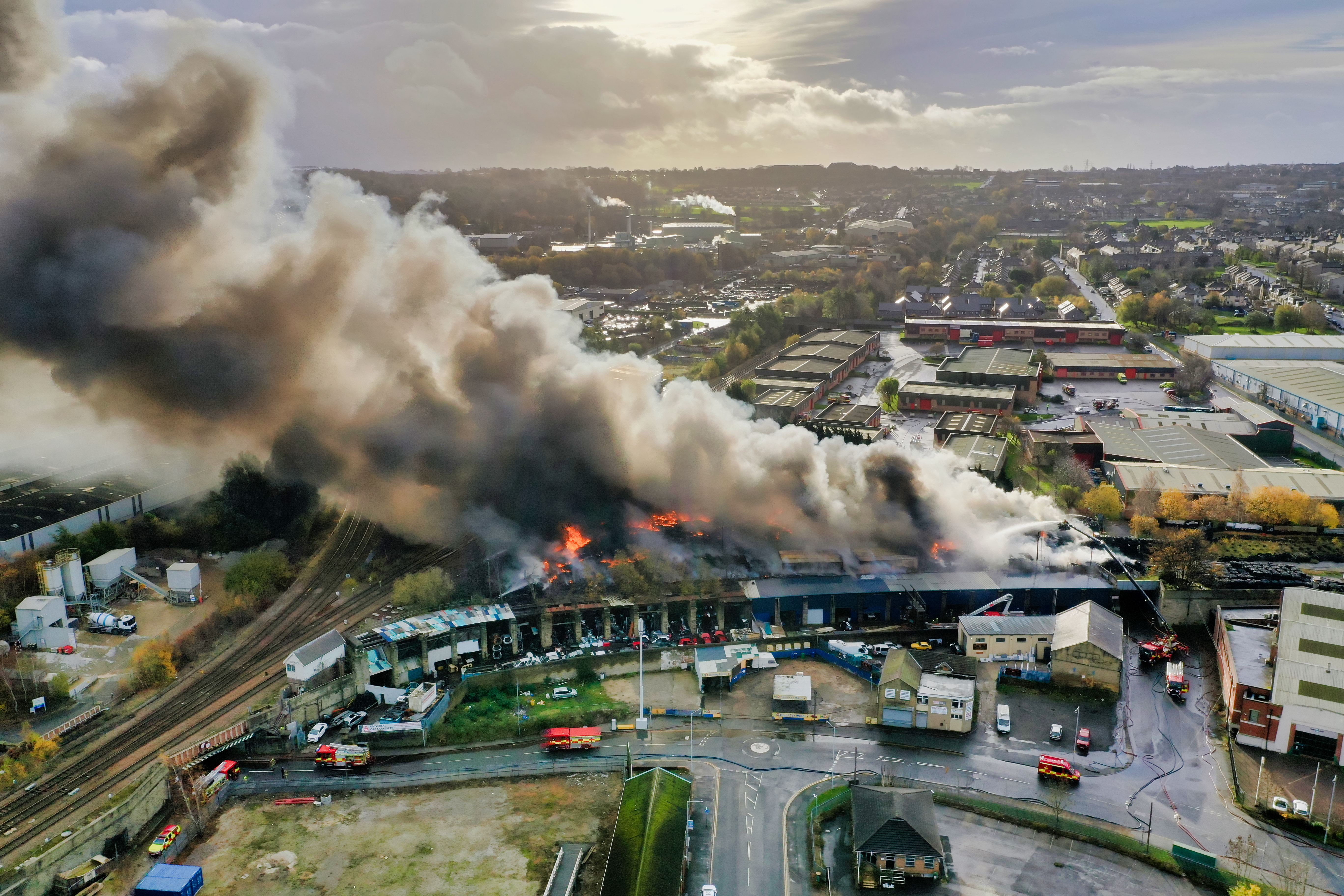 A MAJOR inferno broke out at a Tyre Site off Manchester Road on Upper Castle Street, East Bowling, Bradford today at around 3am Monday 16/11/2020. 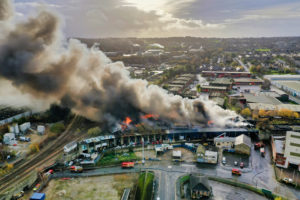 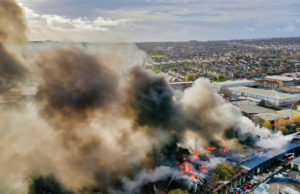 At the height of the inferno there was around 100+ firemen on scene all working hard to bring the fire to an end. The below photos and video were taken at 10:05am and the fire was still hours away from being put out. It is believed the fire teams from all around West Yorkshire were called upon to tackle the inferno.

This has had a major impact on travel with the adjoining railway being temporarily closed for safety, and local schools Rainbow Primary, Bronte Girls Academy, Dixons City Academy and Dixons Free Sixth Form were all closed for the day and access in and around the area was down to a bare minimum.

All local residents were instructed to keep their windows closed – the smoke could be seen from far and wide and could be easily seen from upto 10 miles away.

Rotorgraph are fully insured and have full CAA permission and police onsite were informed and full permission received for drone take off from business owner Edward Sissling of A.C Sissling Ironmongers  BD4 7BL.